About Us  >  Heritage  >  Historical Schedule

Click on the blue buttons belows to interact with the historical schedule.     To enlage images, right click then select "View Image"

Jenkins and Jones advertisment in the Pacific Builder and Engineer of Seattle (6th row in the middle column). 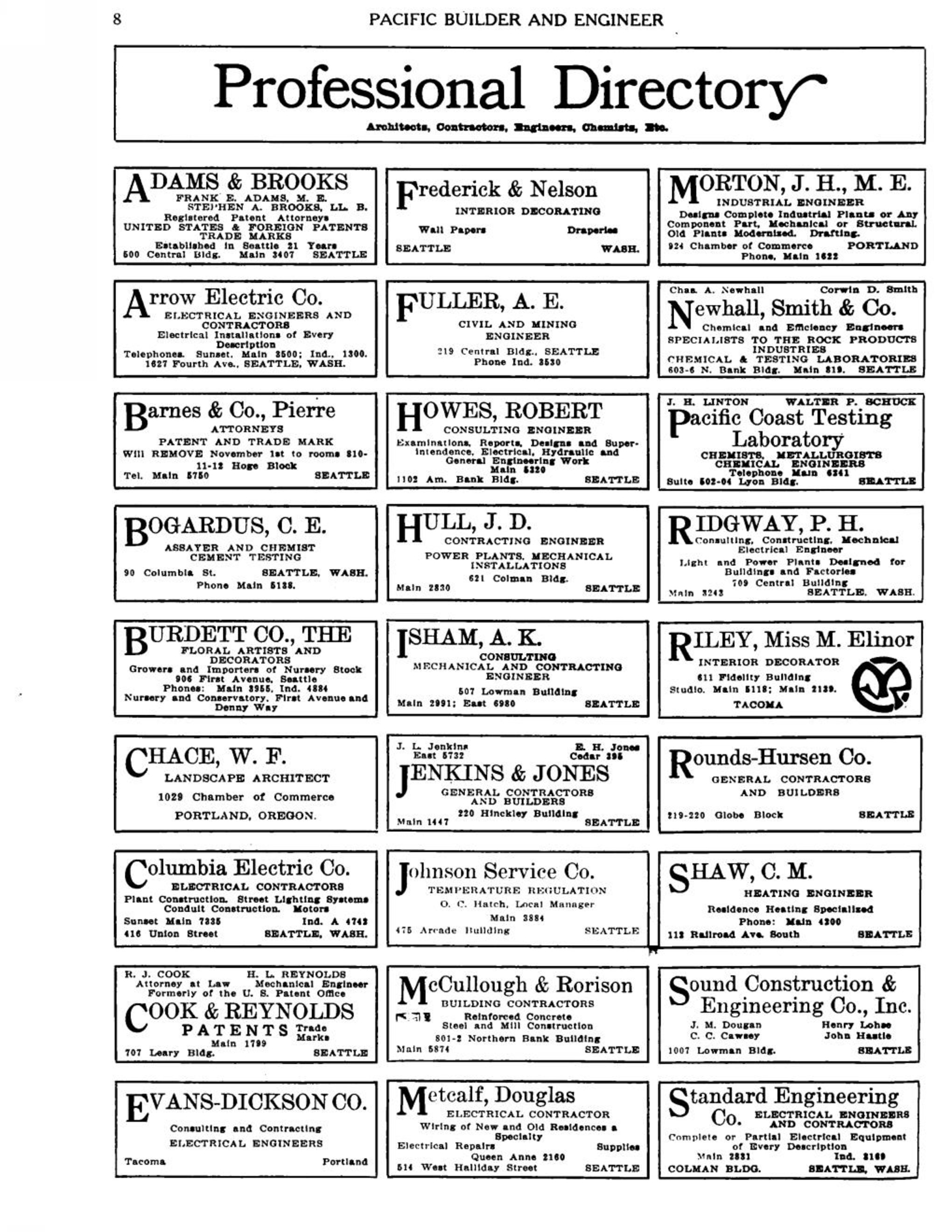 Jones Brothers Construction Corporation is established in Los Angeles by Oliver C. Jones and his two brothers Charles and John.  Jerve Jones was 3 years old at the time. Initially they operated out of the home of Oliver and Zola Jones at the corner of 48th and Speedway in Playa del Rey.  Tools and equipment were stored in the garage of Charles Jones.  Later the office moved with Oliver, Zola, Jerve, and Jerve's sister Myvwaney to their new home on Robbins Drive in sparsely populated, semi-rural Beverly Hills.

Jones Brothers Construction moves onto Santa Monica Blvd. in Beverly Hills.  The business expanded out of Oliver's home.  At this time Jerve had been working as a carpenter's apprentice and general laborer for 3-4 years (age 12-16) during summer school breaks.

Jerve graduates from the the University of Southern California with a degree in Civil Engineering at age 21 and becomes a full time carpenter in the family company.  He also serves as Chief Estimator.  He soon meets Alice Holcomb and falls head over heels in love.  They are wed in 1942. 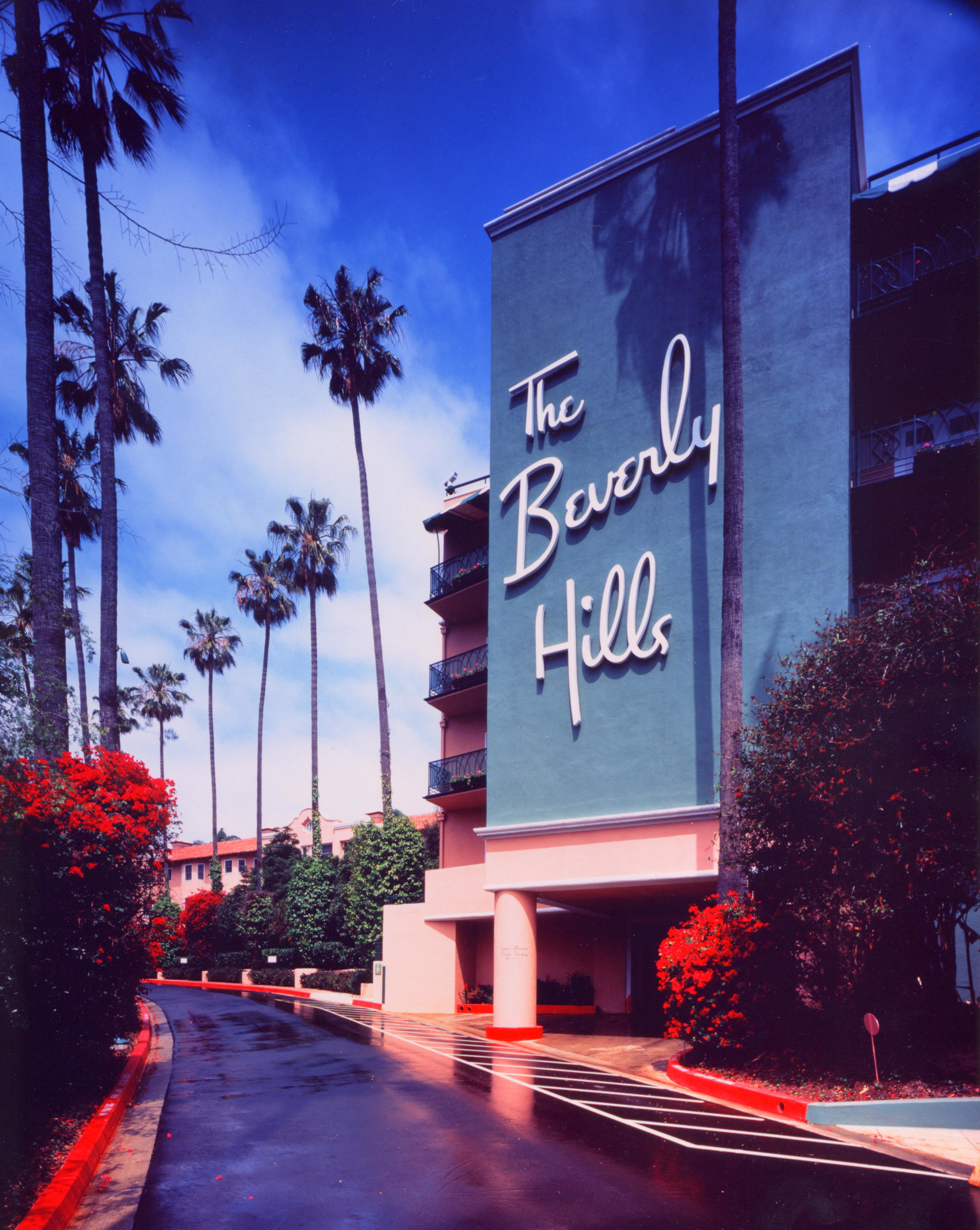 Oliver's son Jerve is commissioned as an officer in the U.S. Navy and assigned to the cruiser USS Montepelier.  He ships out to the south China Sea as the USN drives Japanese forces out of Southeast Asia. 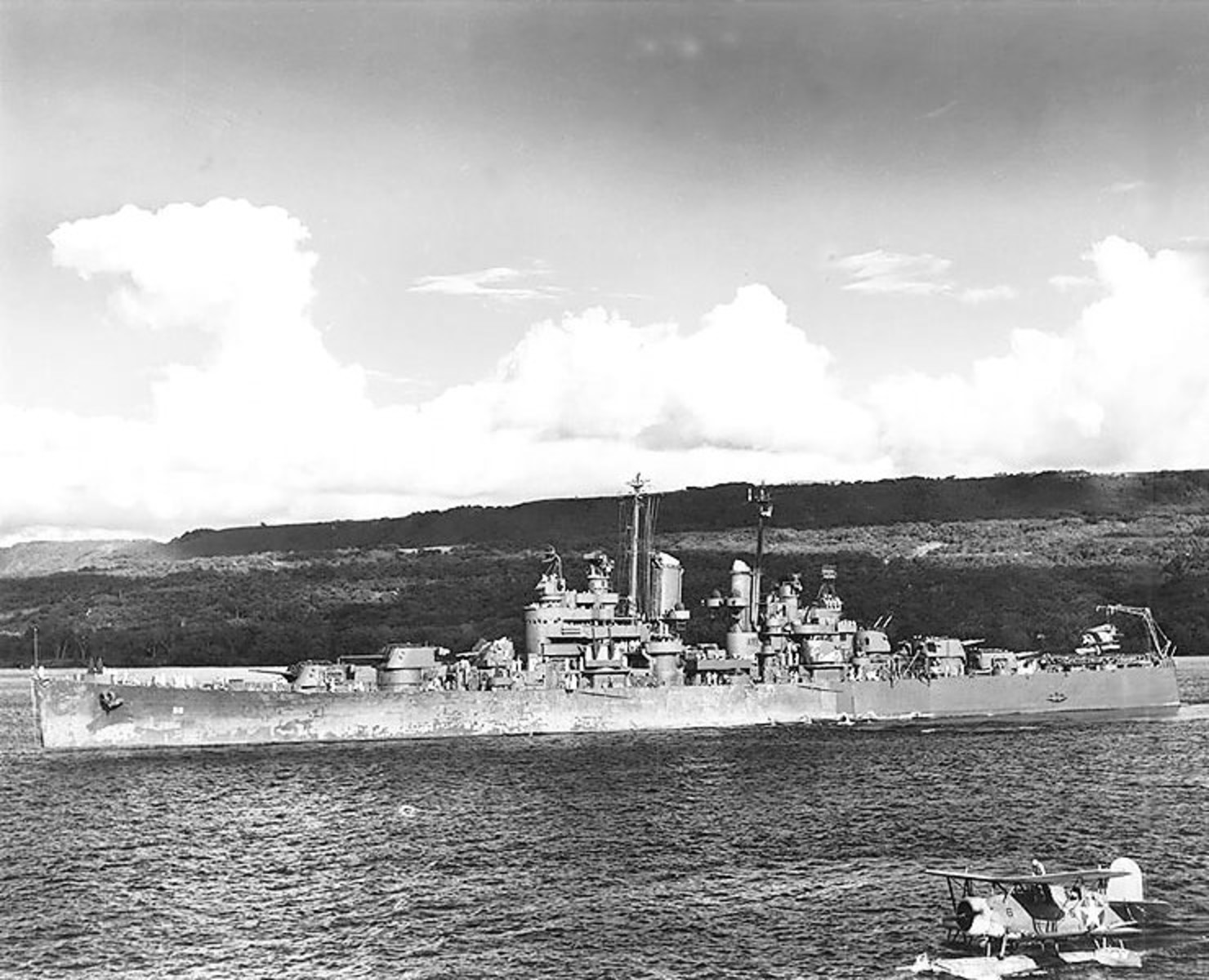 Upon return to civilian status in 1946 Jerve became a partner in the family business.

The world’s first circular office building was “earthquake resistant” and designed to look like a stack of vinyl records ready to play on the turntable. 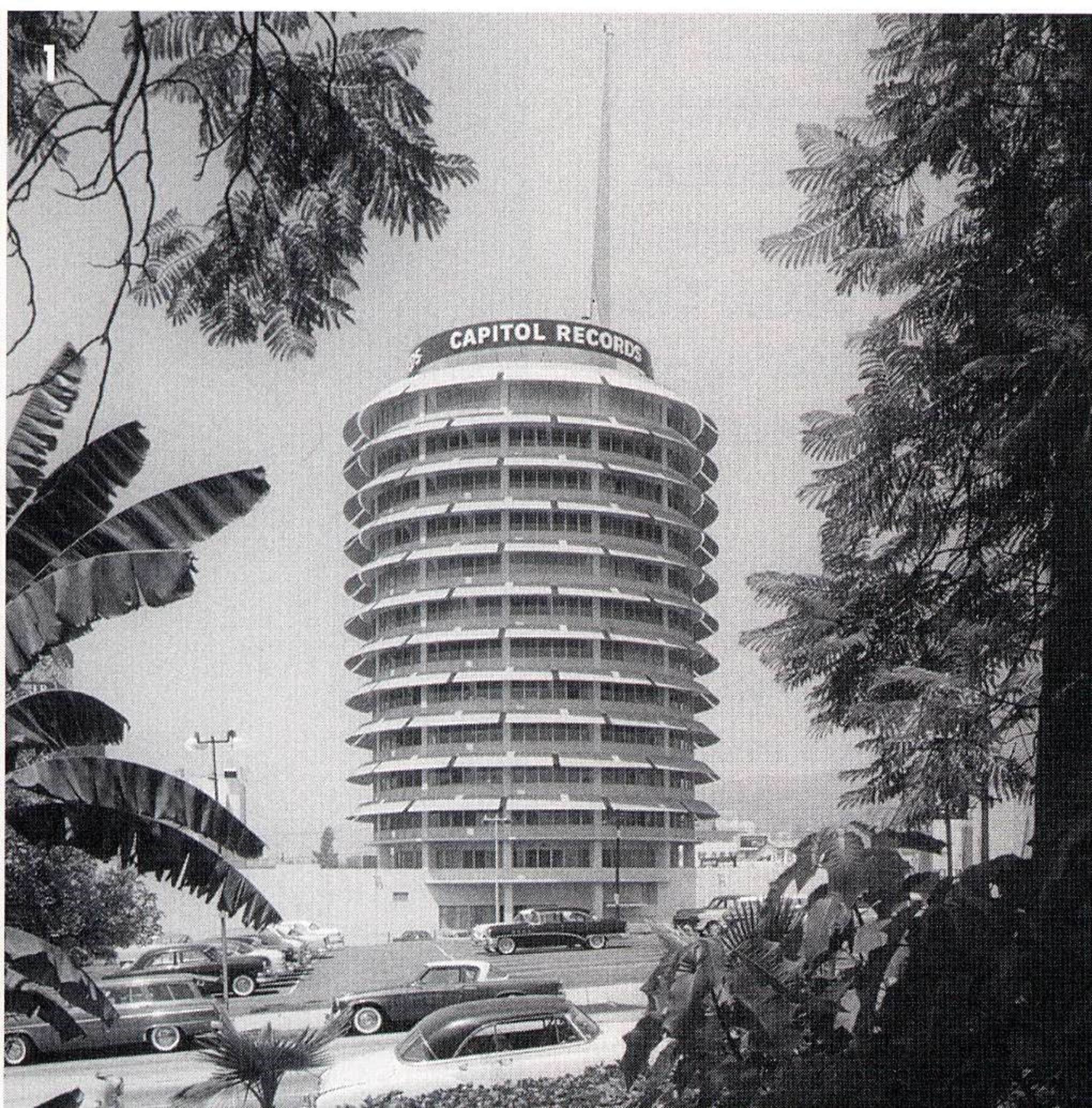 During construction of the concrete structure a severe winter storm soaked Southern California on a weekend.  Jerve, now President of Jones Brothers, was at the jobsite at first light.  Seeing the river rising rapidly threatening formwork and scaffolding, Jerve took swift action, wading into the waist-deep torrent to salvage equipment and materials with the aid of some loyal laborers.

Who but Jerve could estimate this type of complex, challenging project to the penny and engineer the best means and methods to acomplish the structural goals?

At this time Kevin Jones, son of Jerve, with his brother Greg, have been working for Jones Brothers as laborers and carpenter apprentices for 2 years. 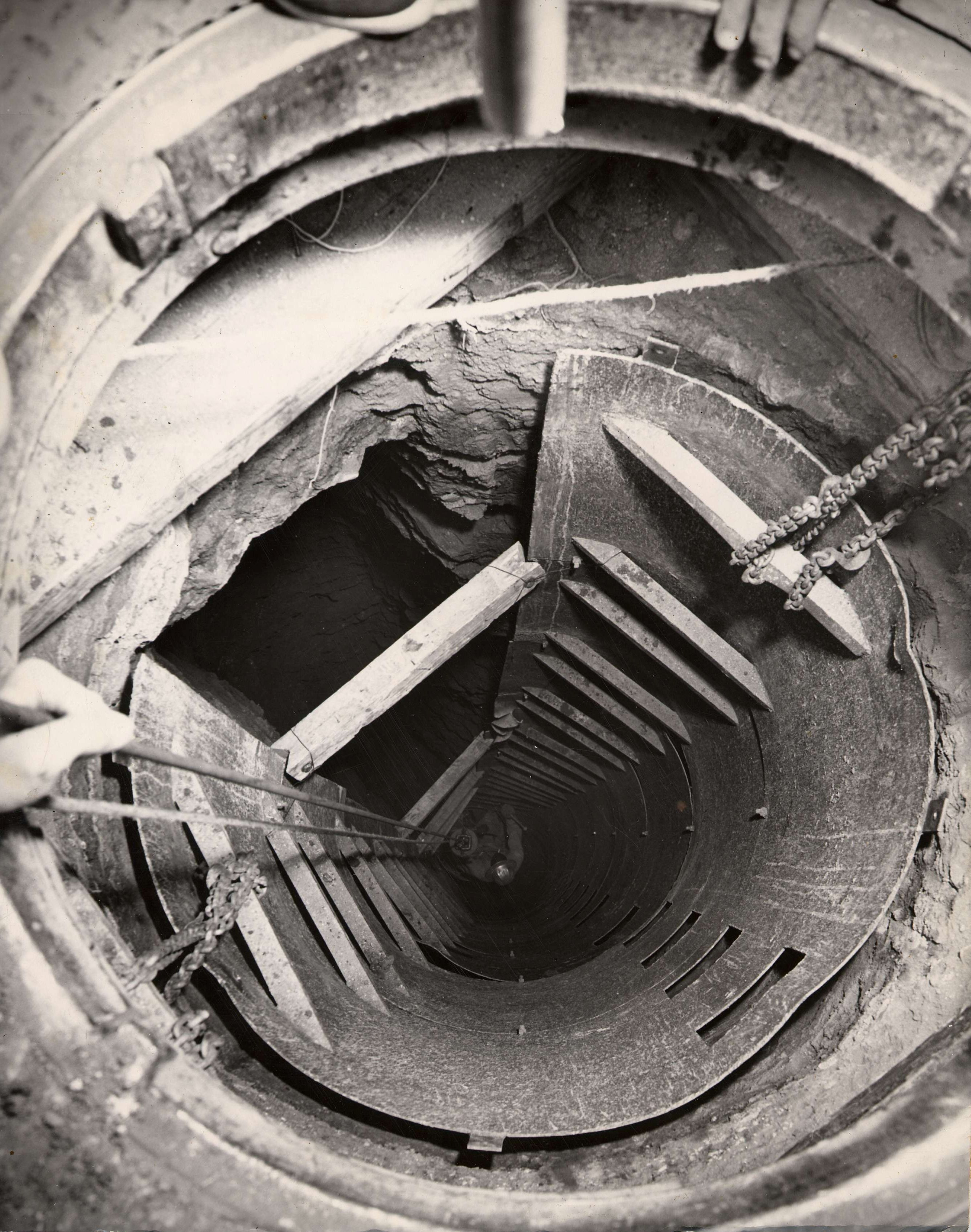 The Cheveron Refinery in El Sgundo is built on sand dunes overlooking the Pacific Ocean.  Due to the pipeline congestion and concerns for fire safety, all the foundations for the bents were dug by hand.  Kevin Jones, age 17, dug the pits for the LSFO bents.  He remembers the work well. 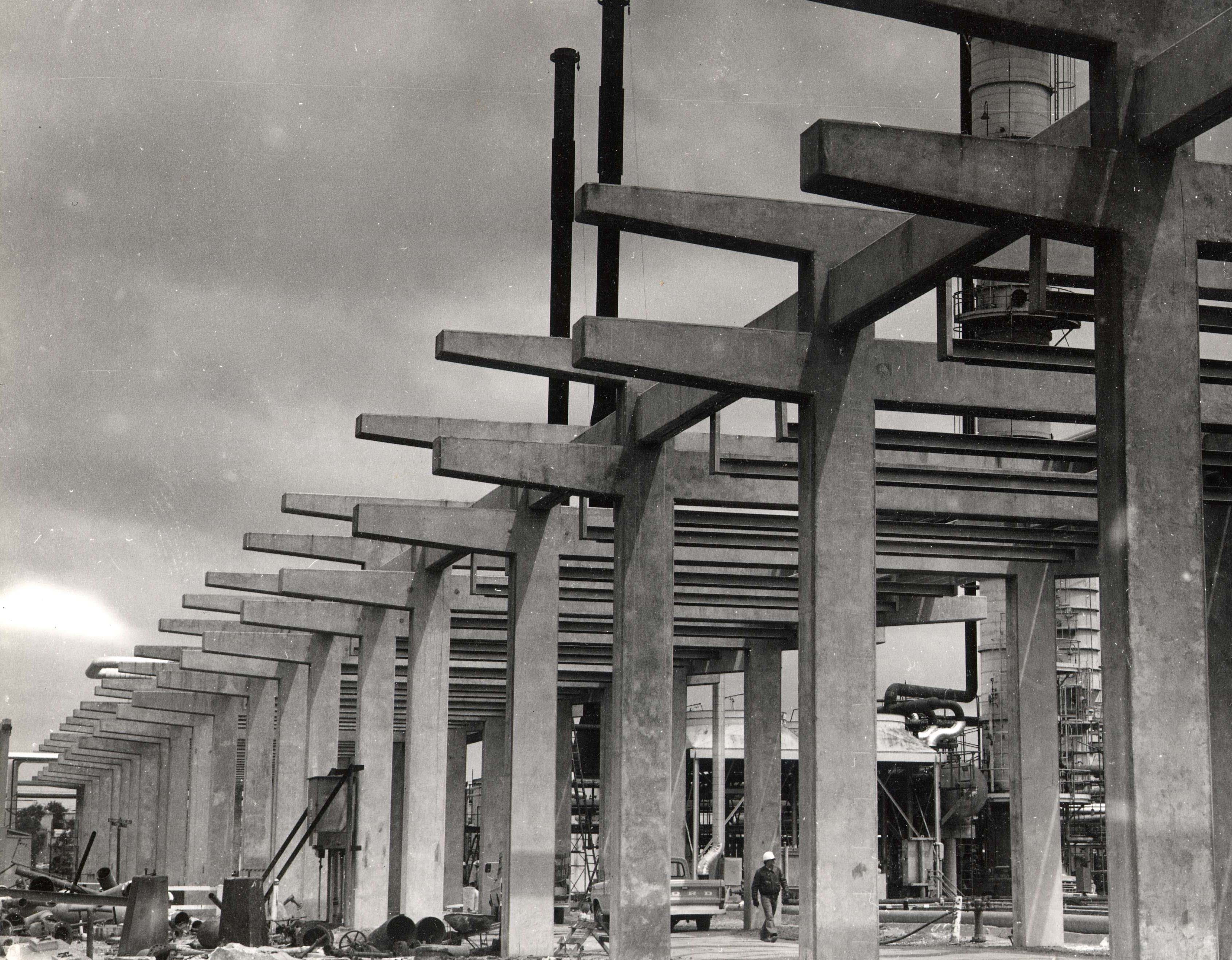 At 62-stories, the Aon tower is the tallest building west of the Mississippi when built by C.L. Peck Contractor in 1973.  At that time, it was known as the United California Bank Building. 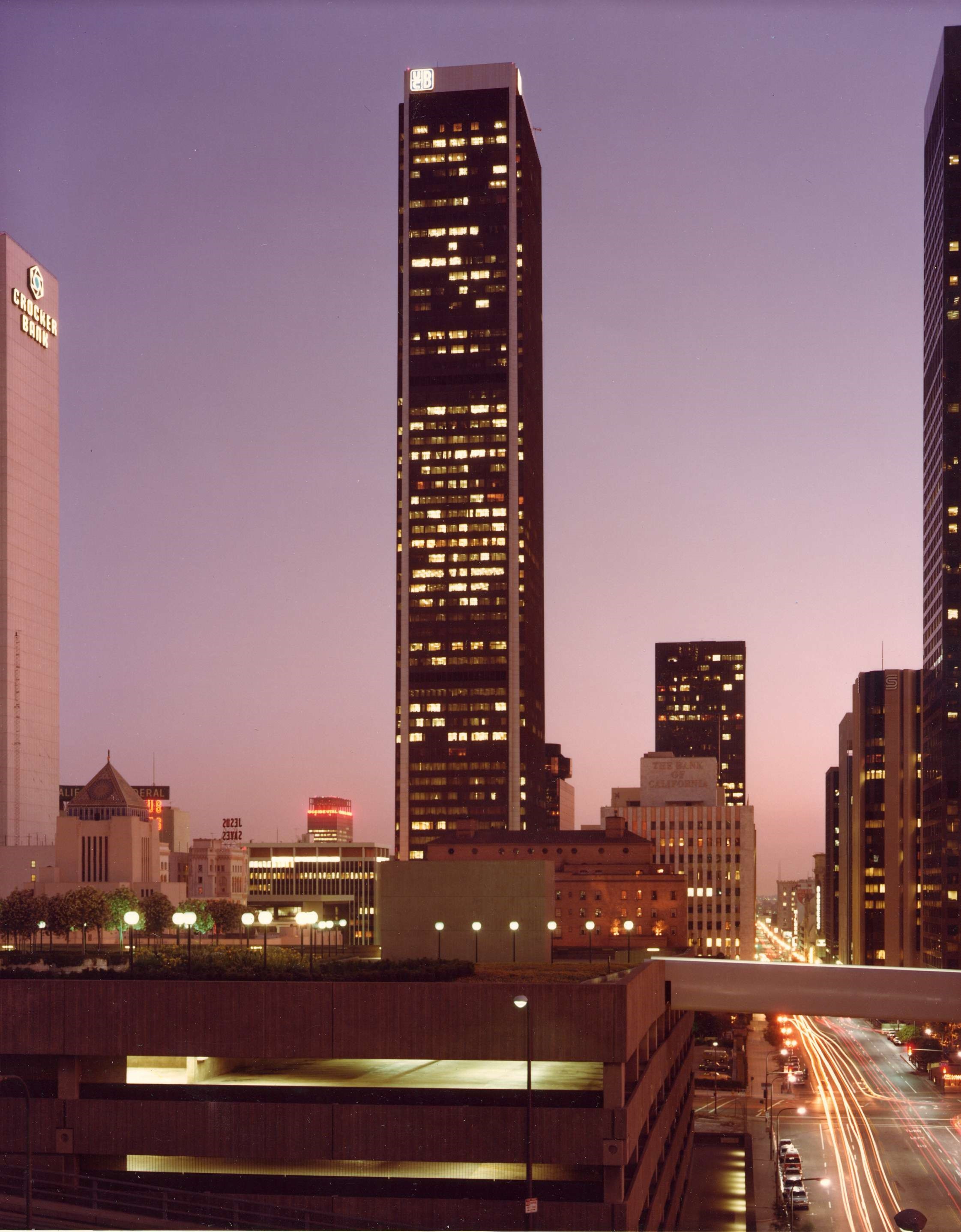 The Busch Brewery was designed CF Braun & Company, one of the most prominent Process Engineering firms in the nation. 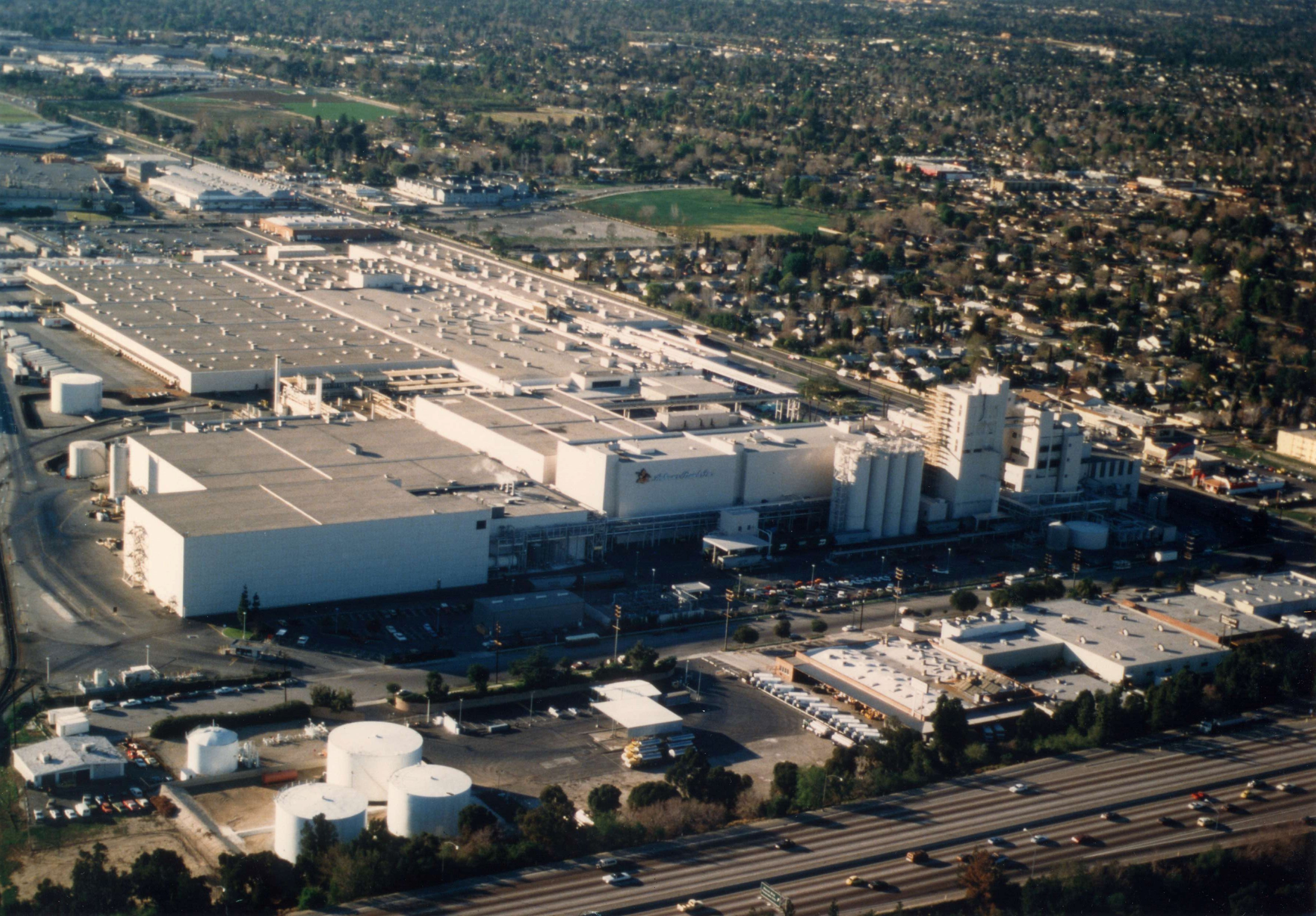 The Joneses contribute to the quantum evolution of the professions of project management (PM) and construction management (CM) on a national scale:

In preparation for the 1984 Olympics in Los Angeles Jones Brothers is hired by United, Western, and American Airlines to work on the  LAX SLAP (Second Level Adaptation Program). This program included major expansion of Terminals 4 and 7, construction of the new Terminal 8, and an adaptation of Terminal 5. 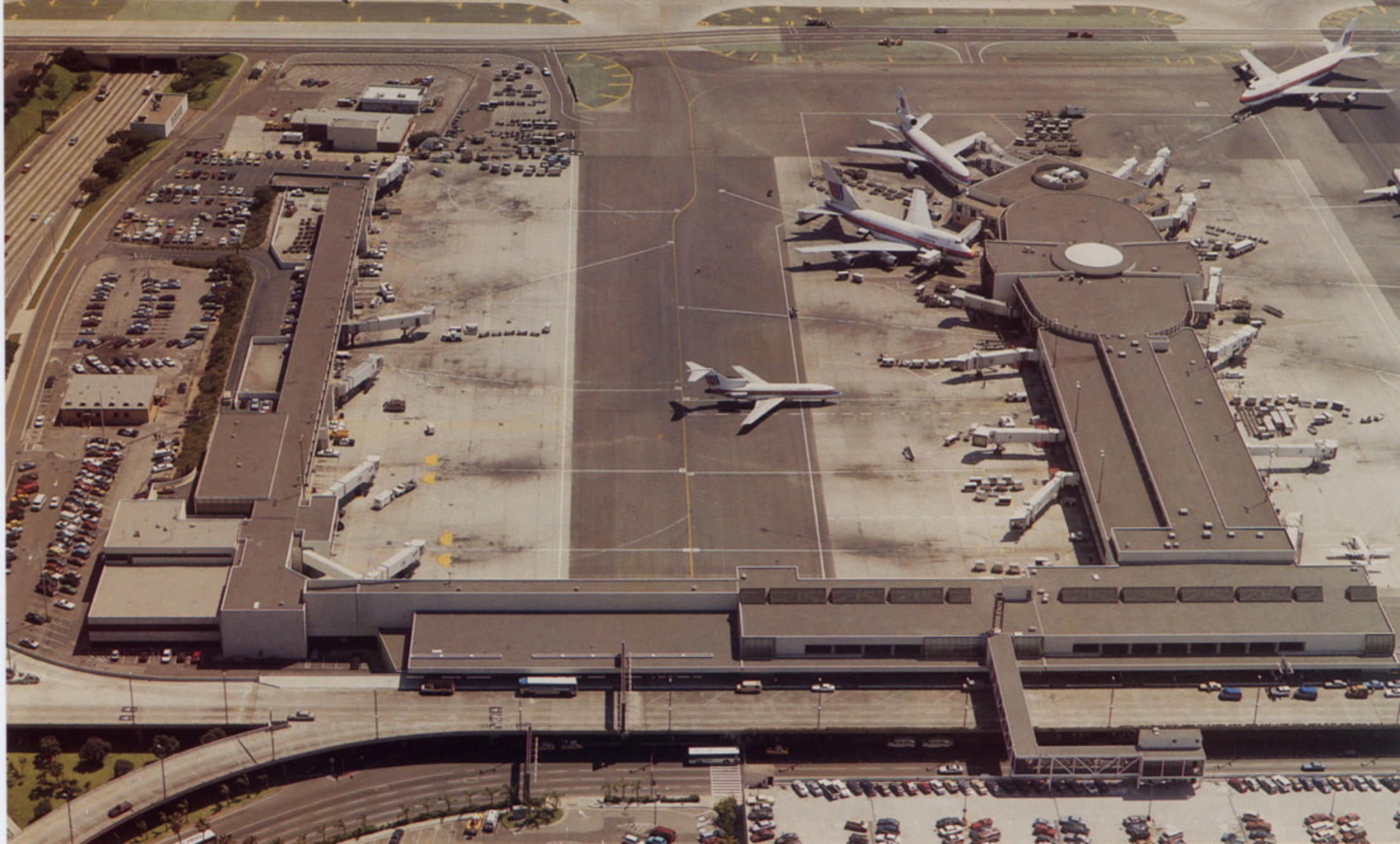 Our favorite client of the year: President Ronald Reagan 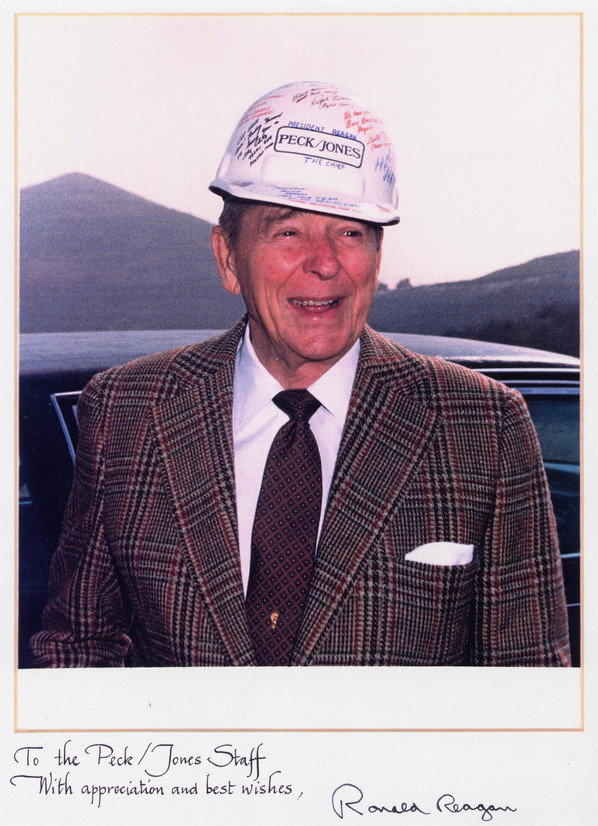 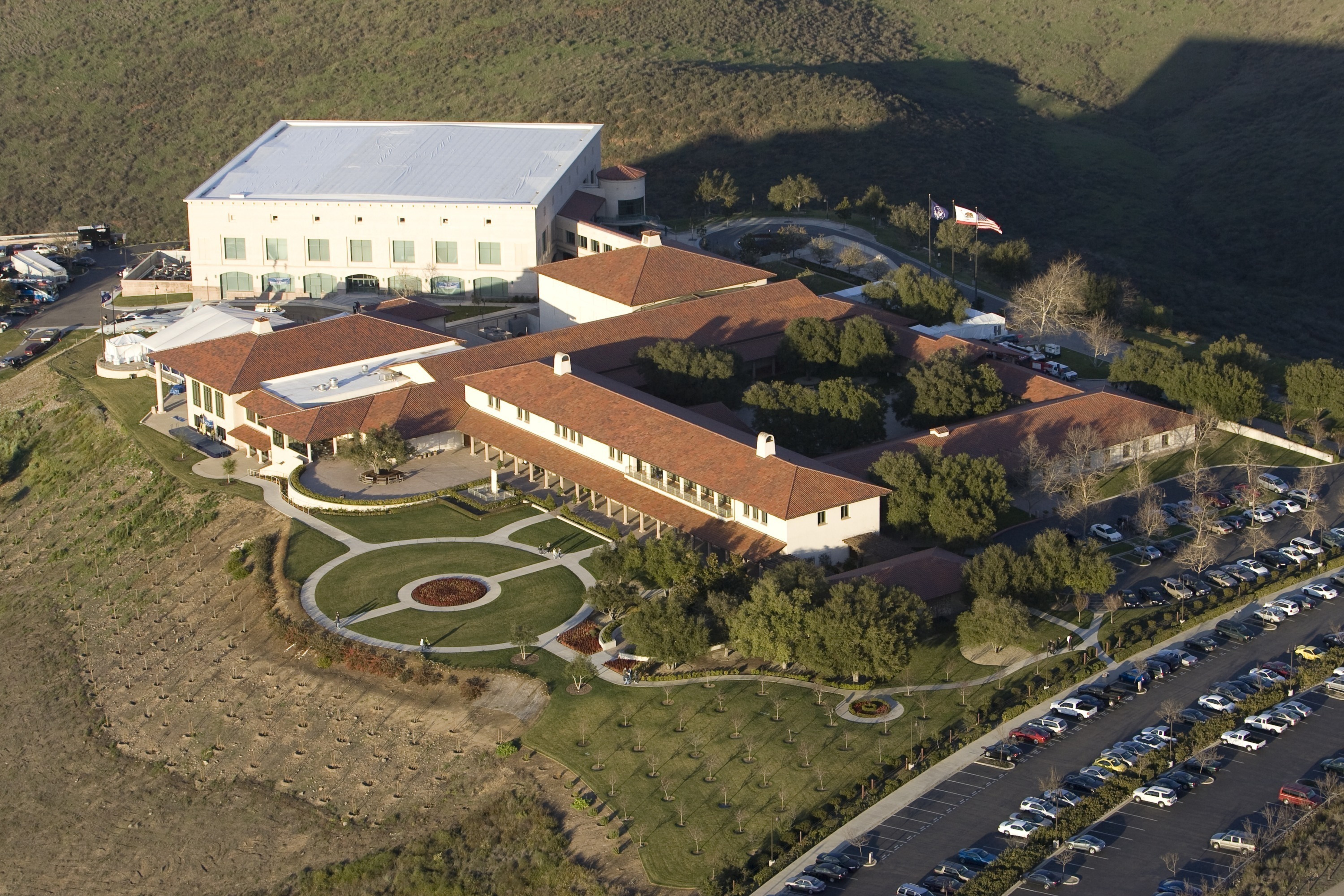 Finish and close up details of the curtainwall capture an automotive motif in which Mr. Pelli reflected the automotive character of Los Angeles. 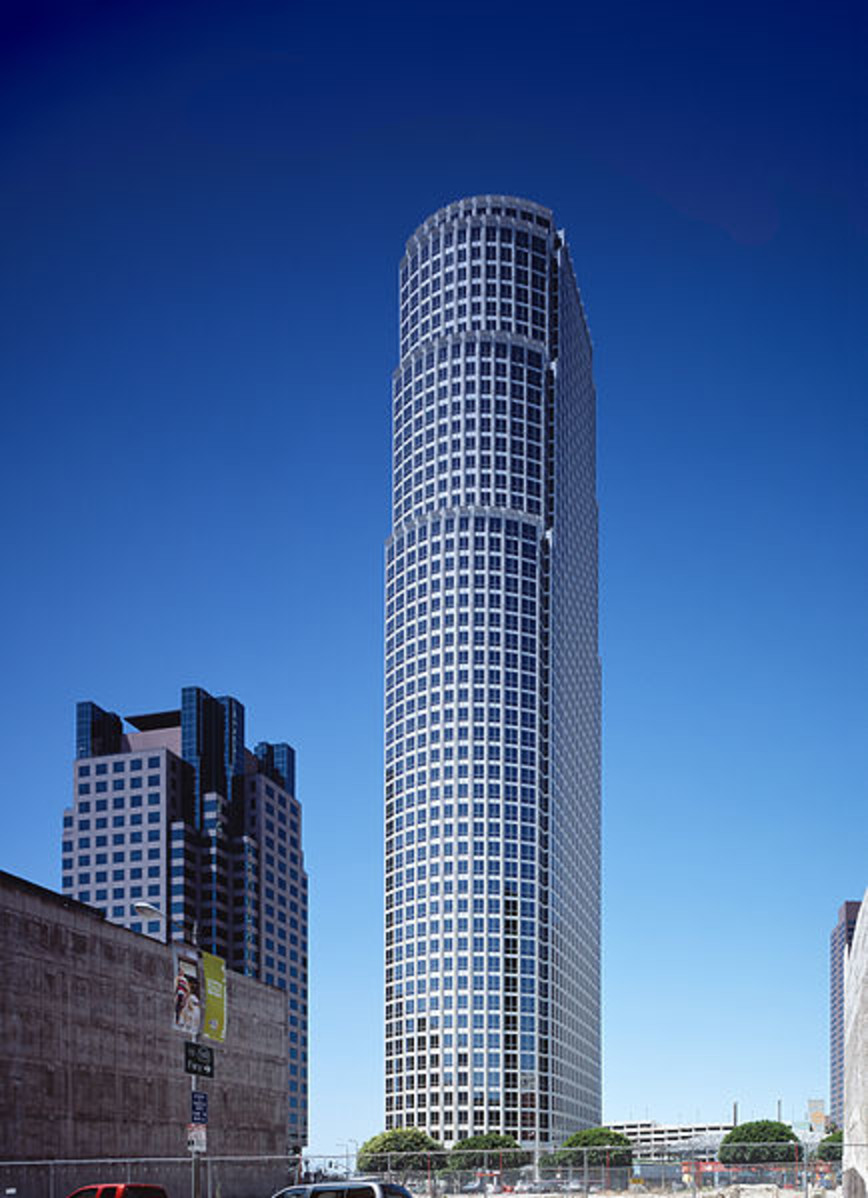 Reconstruction of the Beverly Hills Hotel (“Pink Lady”) in 1995 included an exhaustive seismic upgrade and re-building of all rooms, suites, bungalows and public spaces. 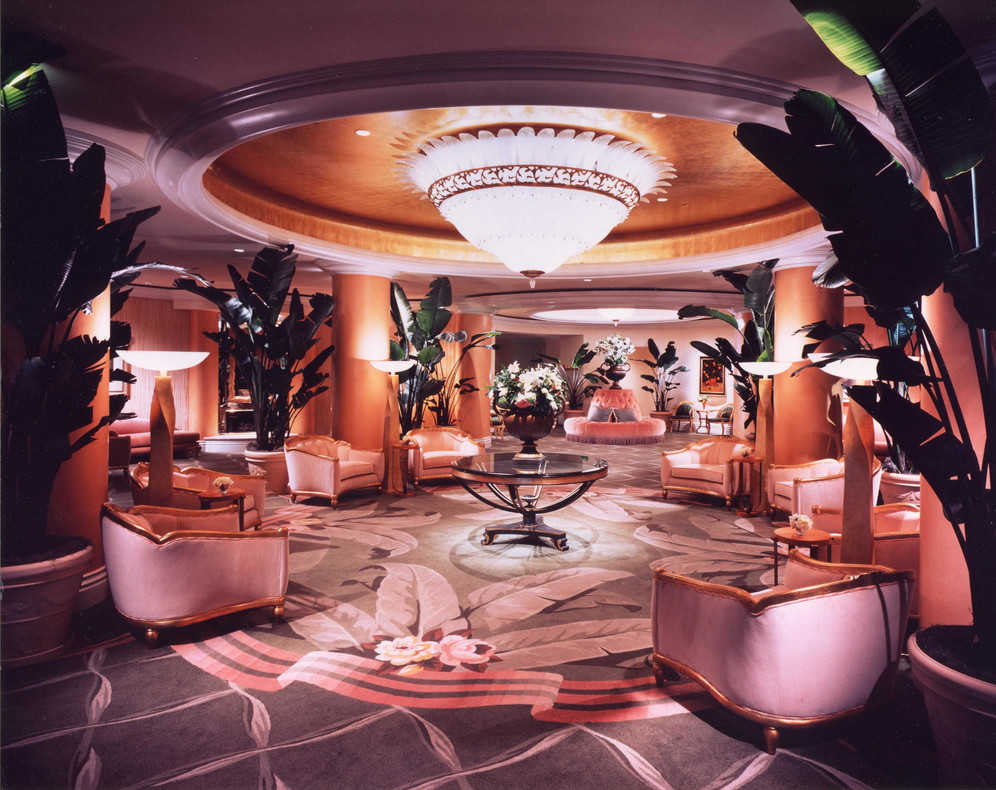 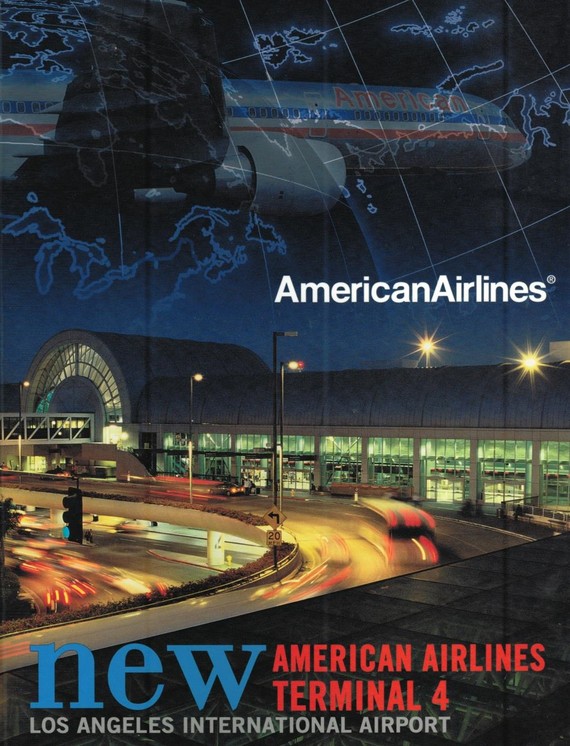 Kevin Jones dedicates himself fulltime in Asia until 2002 at which time he returns to Southern California while maintaining operations overseas.

Peck/Jones International has operations in the following countries:

Peak/Jones International is the CM At-Risk for the construction of the Hermes and Cartier boutiques at the Suria KLCC shopping center in Kuala Lumpur, Malaysia.  These luxury boutiques reside in the podium structure of Cesar Pelli's Petronas Towers, which in 1998 were the tallest buildings in the world. 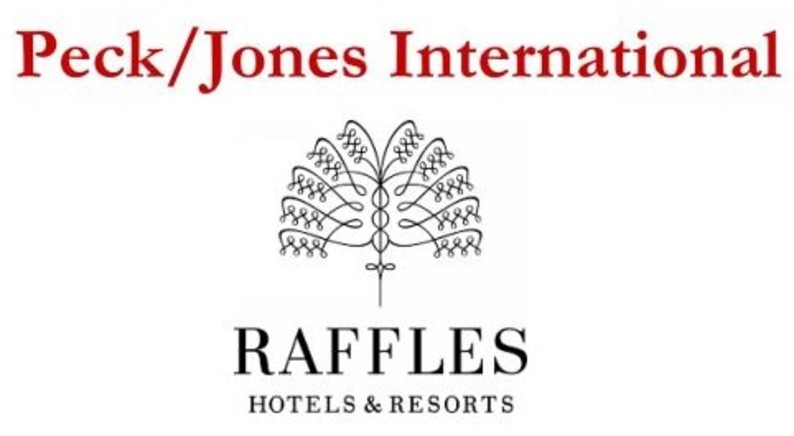 Kevin Jones and his Peck/Jones International team of managers and engineers complete the 386 room, 26-story upgrade of the Raffles Hotel, Plaza South Tower.  This project was the conversion of a 4-star Westin property into a 5-star+ hotel for Raffles International Limited.  In 2001 it was branded as a contemporary Raffles property and renamed The Raffles Plaza.

Also completed by the P/JI team in 2000 was the 3-story conversion (Stories 6, 7 and 8) of the Westin Stamford into the 32,000 square foot  flagship health spa of Raffles and branded as the Amrita Spa. 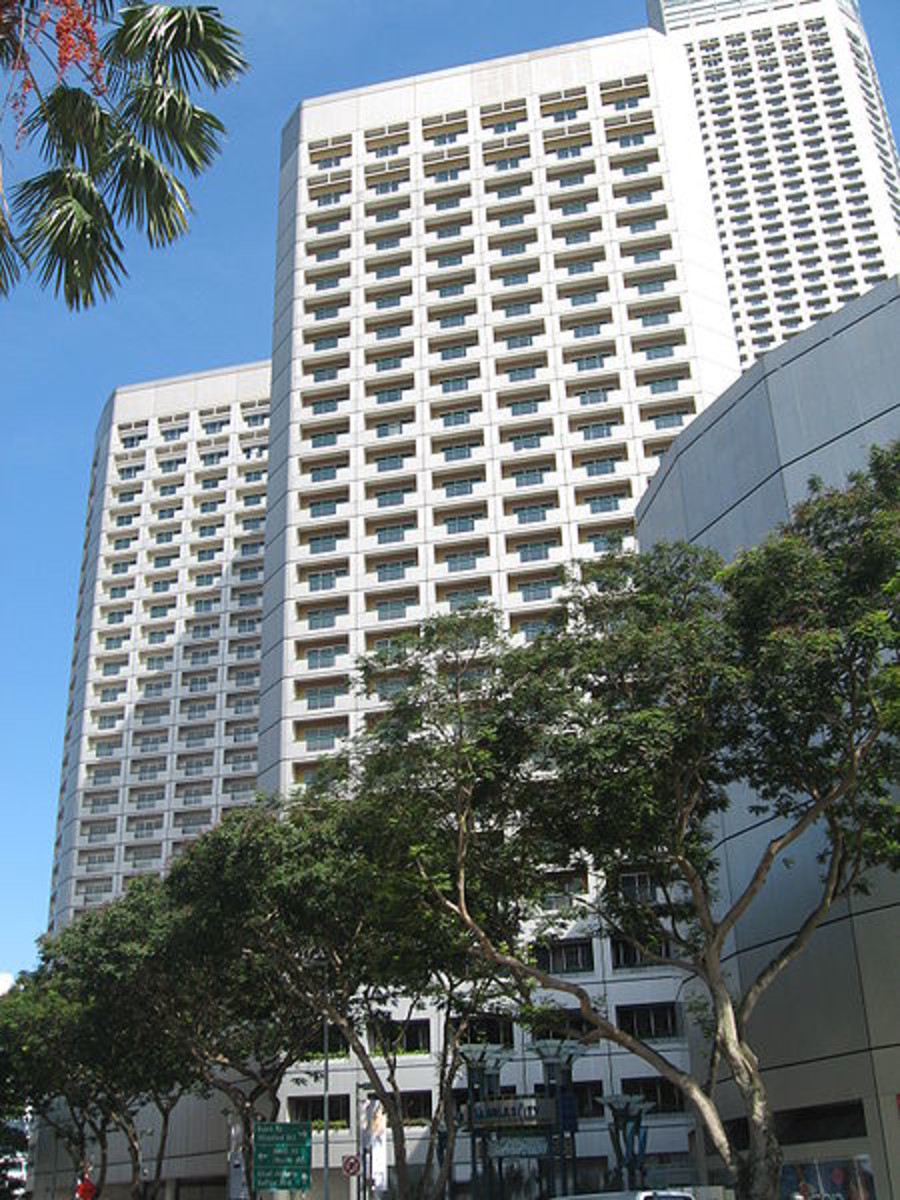 From 2008 to 2010 J&J works on a variety of architecturally prominent facilities in Southern California.

J&J works with Koning Eizenberg Architecture on the 901 Hancock Lofts. 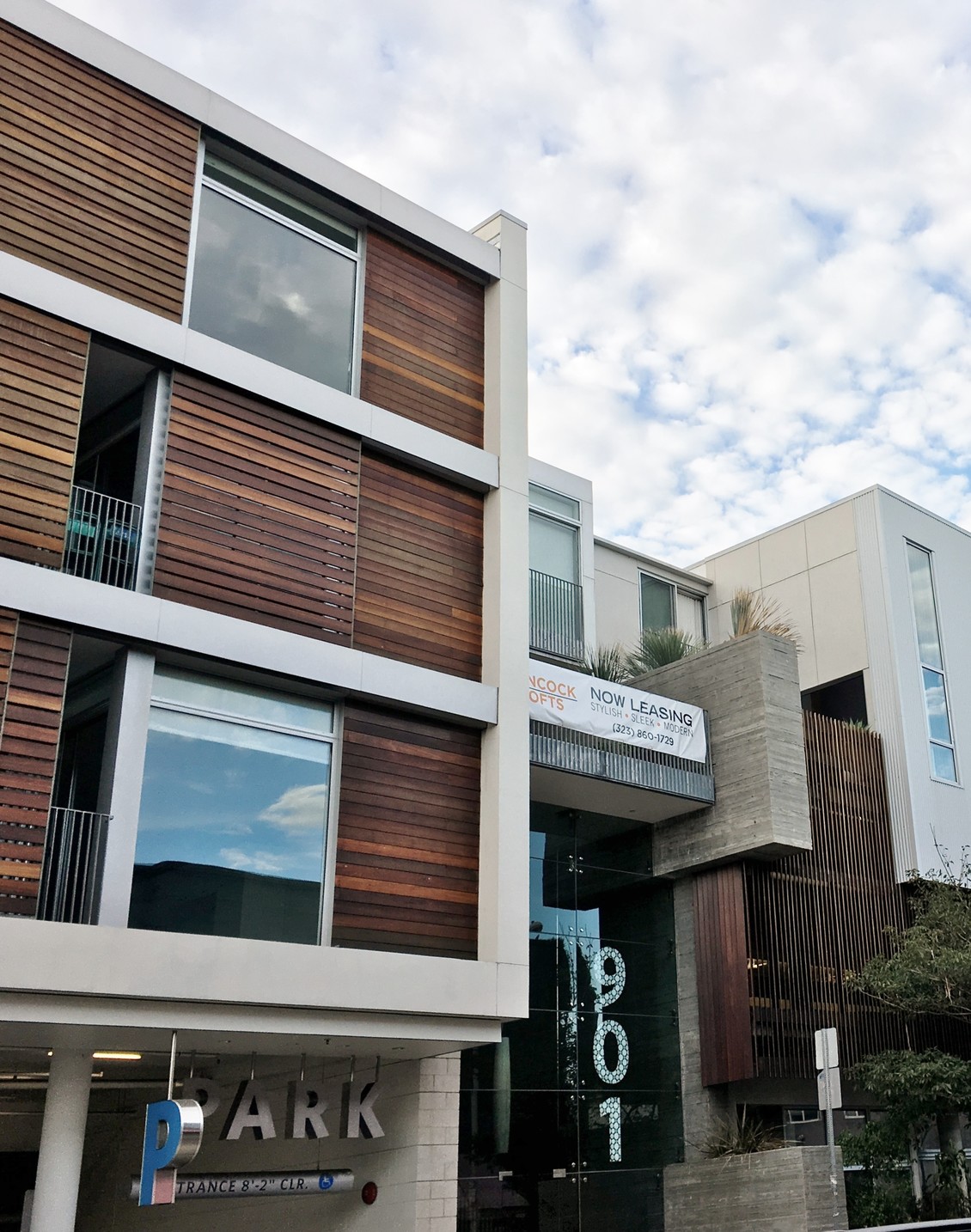 Locally municipalities utilize J&J to build their culturally iconic buildings such as the Calabasas Civic Center and Ojai's Libbey Bowl.

Jones & Jones constructs the Red Building in West Hollywood using the delivery method of multiple prime subcontracts.  Jones & Jones is the general contractor in every way including self-performance of select trade work. 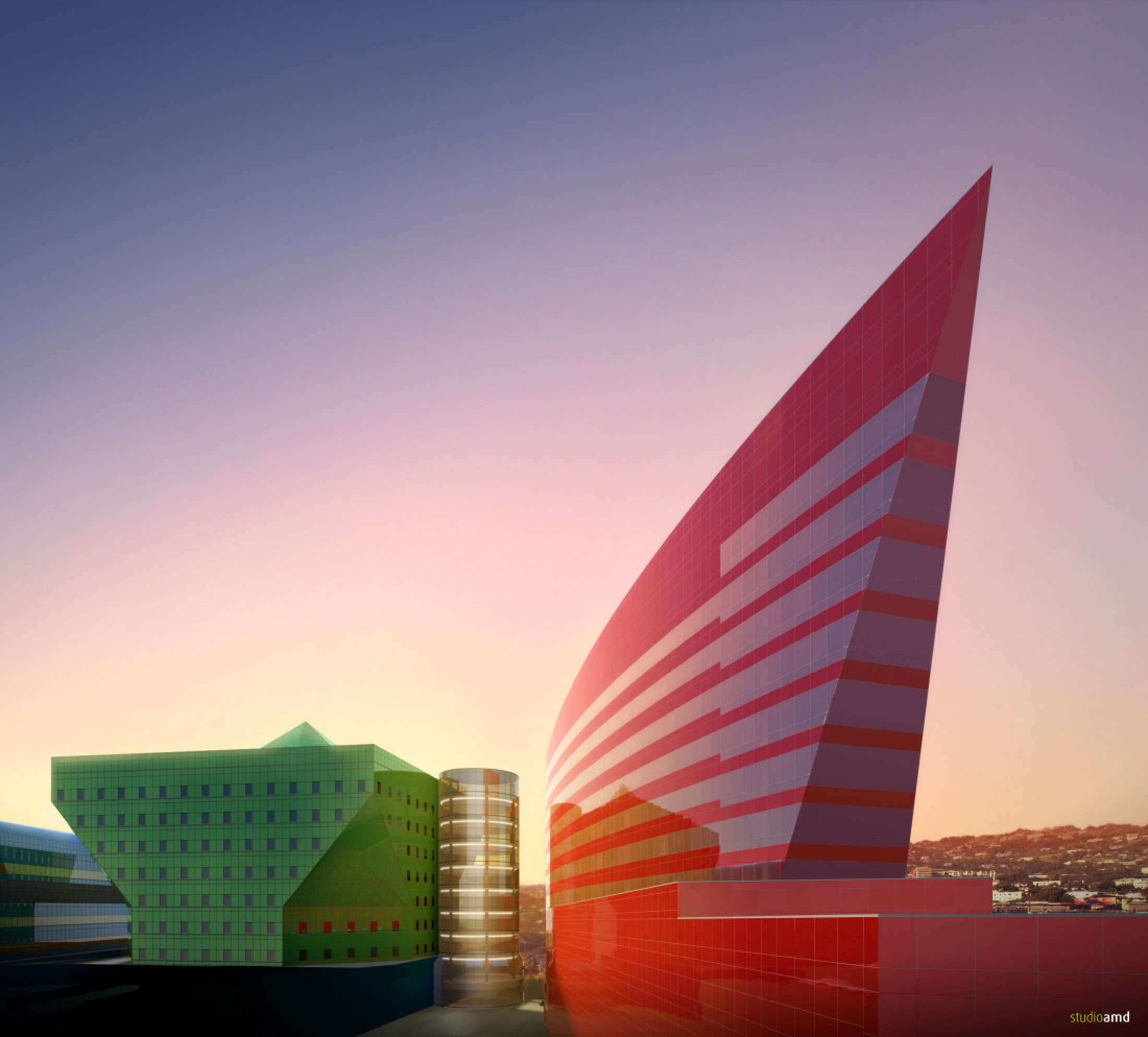 Jones & Jones re-establishes a historic relationship with American Airlines by becoming the General Contractor on the Terminal 4 Gate Enhancement project at LAX.

This project, designed by Rivers & Christain, entailed the addition of passenger bridges at Terminal 4, as well as new fuel hydrants.  All air operations of American Airlines in North America including flights in and out of hubs in Chicago, New York, Dallas and Miami relied on perfect project delivery by Jones & Jones. Jones delivered. 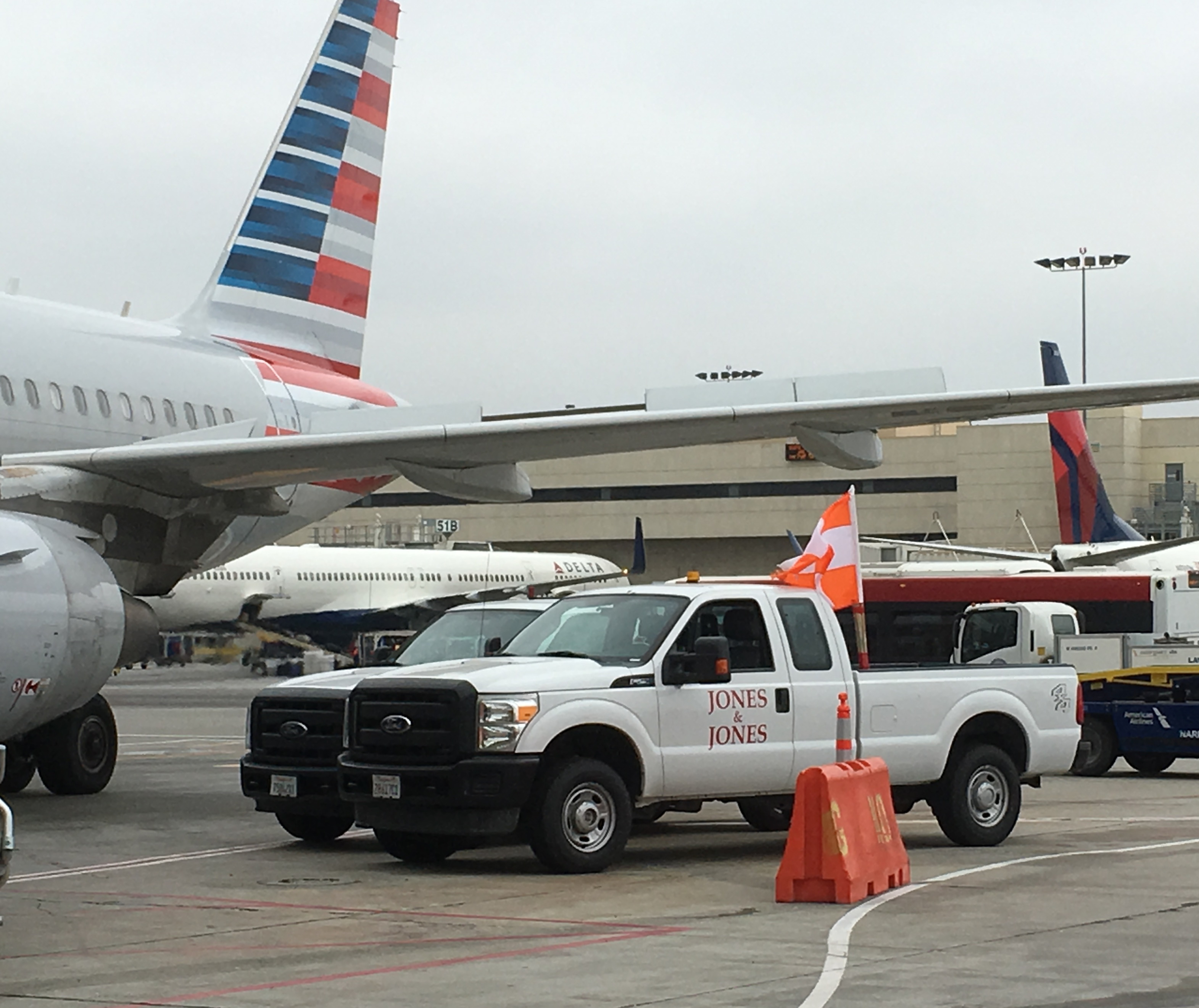 Design by On Fire Media | Login